Have you had funny dentist experiences? Well, I have and I want to share mine with you.

I’ve never been a person that takes good care of my teeth – until I married my wife. She nags me, in a good way, to take good care of my teeth. I often respond that I can always get dentures (trying to be funny), but she stands her ground and nicely responds, “Please – just – take care of your teeth, OK?”

She found a great dentist and we started to go to him a few years ago, so I ran out of excuses.

The Battle of the Dentist Office Music

I like the dentist we go to now and his office, but the one thing that drives me crazy is the music he plays. It’s Sirius XM, which is a plus because you don’t have to hear “Kars for Kids” commercials every 5 minutes, but the current song that was playing was by Zamfir, the King of the Pan Flute.

You’ve never heard of Gheorghe “Zamfir”? Well, the way most of us were introduced to him was by the Karate Kid (1984) soundtrack.

I mean, sure the Pan Flute isn’t the most “Rock and Roll” type instrument. I don’t think Jimi Hendrix would have got up on stage and said, “Scuse me, everybody, I’m gonna set down my guitar and play you somethin’ wild on this here Pan Flute, dig?”

What are the secret messages behind the way men reply to women’s facebook pictures?

It turns out ‘ol Gheorghe created a cottage industry out of songs “re-imagined” with the Pan Flute. At that particular moment in the dentist office, while I was getting my teeth cleaned I was experiencing one of “Zamfir’s” masterpieces, it must have been a Metallica medley. Zamfir was trying to be a rock and roll as he could by adding distortion and as the story goes, he lit the Pan Flute on fire after the song and broke it on the recording studio floor. However, it was still a man and his Pan Flute. 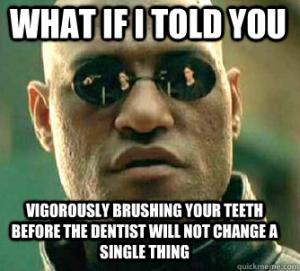 The dentist finally got my not-so-veiled request and changed the Sirius XM station to “Hits of the 70’s with Casey Kasem,”

“Shining Star” by Earth Wind and Fire began, and it was great. I love the song, I give it a 9 and you can dance to it. My dentist visit finally changed for the better.

“Play That Funky Music” by Wild Cherry was next. Quite a peppy tune, whether Kathy Griffin is reciting it or not –

Casey Kasem told an incredible story about a listener named Timmy who fell into a well and how his amazing Collie dog rescued him. It turns out Timmy’s dog spoke English and Timmy understood Collie barks. They got their own TV show and everything.

Then, it was “Brandy (You’re a Fine Girl)” by Looking Glass. I like the song and the only memory I have of it (besides hearing it on the radio) was that it was in 2000’s “Charlie’s Angels” Ahh, Drew, Lucy, and Cameron. Great memories.

Casey told a story about a listener that was on a plane flight from Los Angeles to New York. It was a very stormy night and the listener could have sworn there was a monster right outside his plane window on the wing. Such an out of this world story, don’t you think?

Why do women have SO MANY pillows on the bed?

“Cats in the Cradle” – Harry Chapin started playing and I started thinking about the older you get how much truer this song gets. I started to think about how long it had been since I called my Dad. I should call him. Do all cats need cradles AND silver spoons? Should I start a GoFundMe page for that? I mean some heavy thoughts from a pop song from the 70’s, ya know? The dentist knew I was faltering under the power of Harry Chapin’s musical mastery and asked, “How are you doing, Jeff?” “Good,” my voice cracked a bit. I cleared my throat, “Good, I’m good, doctor.”

“Seasons in the Sun” – Terry Jacks. “Goodbye Michelle, it’s hard to die…” Oh God, not this song. I don’t want to think about dying while I’m getting my teethed cleaned. Who was this Michelle? Was this like a physic song trying to tell me about a woman named Michelle that I would be with as I die? I can’t be around any Michelle’s anymore then. I started sweating, and the Dentist asked if I was okay. I asked if his middle name was Michelle or if any of the women in the office were named Michelle. They had to escort a Michelle in the waiting room out before I would open my mouth so my dentist could continue with the cleaning.

“Nadia’s Theme” – Barry De Vorzon and Perry Botkin, Jr. Whether this song is the theme to “The Young and the Restless” or “Nadia’s Theme” to you, you know this song. With all the emotional upheaval I had gone though with Casey and the hits of the 70’s, this song really did a number on me. I thought about my life and how I could have made it better. I thought about Patty (with the shag haircut) in High School and how I should have asked her out instead of being so afraid. I should have always checked to make sure my fly was zipped up, so I wouldn’t have given that speech in class with my zipper down. So many things I regretted in my life. This song began to pull what some may think was a tear, but I still say that the cleaning tool poked me and my tear duct reacted. 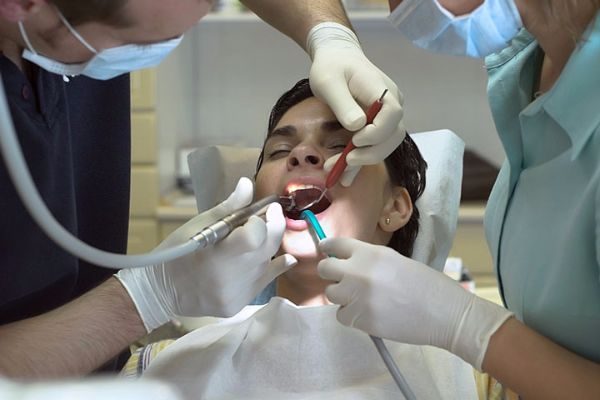 “Are you okay, Jeff?” the dentist asked.
“Ya know, I’m doing great doctor. I’m going to fix all the regrets in my life.”
“That’s great, Jeff. Glad to hear it”
“I’m going to enroll in clown college (not the creepy ones, the regular ones) and get a mullet toupee. Life is about living, not by being held back by fear, ya know?”
“I do.”
“Oh and doctor, can you turn the radio in the office back to the hits of Zamfir station on Sirius XM?”
“I’m on my way to do just that, Jeff”

Have you ever had any funny Dentist experiences? If so, let us know in the comments below.