The Secret Book of Rules for Men by Women Exposed

Men try to co-exist peacefully with women. They really do, but there always seem to be moments that the guy thinks he has this co-existence with females all figured out (because the female isn’t yelling at them), and then it happens.

The guy is watching TV next to his wife, and he pulls off his socks off and makes fun animals out of them (sort of like the cruise ship housekeepers do with towels, only stinkier). 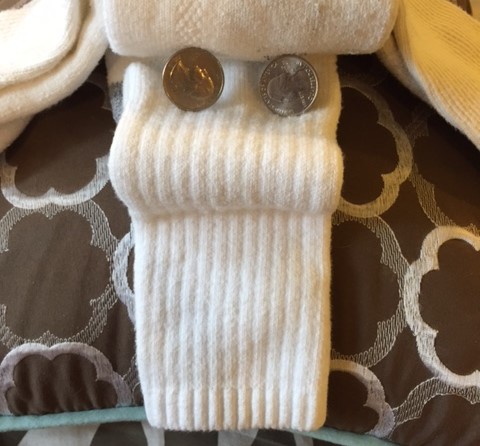 He chuckles and points, “It’s an elephant on crack, and it – is – awesome.”
She shakes her head.
“It has ears and everything”
She still shakes her head.
“What? You laughed the last 4 times I did it. I thought it was our thing that we never tell anyone about.” he asks.
“Sigh. You got that right.”
“So… Should I have done a sea creature? I’ve been practicing a shark with a fin and…”
“Stop! That’s not where dirty socks go”
“Well honey, gravity disagrees with you. They fell right there, and that’s where they go. It’s science.”
“Why do we have laundry hampers?”
“Uh, because you asked for them?”
Sigh
“They were on sale?”
“We are not hobos! Dirty clothes go in the hamper! That’s were they live – not on the floor, or the couch or wherever you throw them! The only reason I laughed at it was because I couldn’t believe you would keep creating the dumb animals out of your gross, disgusting, stinky socks!”
“What about when I spelled out ‘I Love You’ with my socks?”
“So, your love for me stinks?”
“Only after I work out, I guess…”
“Aaaaaaahhhhh!”
“Ok, whoa. You never said anything to me about the hamper!”
“I shouldn’t have to – you should just know that!”

– See, right there. Ladies thinking we should know these things. How? Exhibit A to the existence of some kind of book of rules men should “just know”

What about names of colors (Mauve, Periwinkle and other colors not in the 12 crayon boxes we used in Kindergarten), foods (Arugula must be a lettuce foreign exchange student) and things like “Pillow Shams”, “Duvets”, “Pillow Skirts”. What the heck?

– Again “have to” and “can’t wear…” is further proof that there is a book somewhere that women use to control I mean ‘help’ men get through this life.

With all the rules a guy thinks he has figured out – he still doesn’t have a clue.

As a matter of fact, he probably never knew the right rules to begin with.

That’s when a guy starts to think that there must be a collection of rules that men need to follow somewhere, but men will never know them and constantly break them.

If only some guy could find it and let the rest of know what we should know.

Editor’s Note: This was initially posted years ago and then two weeks ago we received a secret email from a source calling himself ‘Flip Flops’ –

Dear Men are Dumb, you were right. This book of rules that women created began at the beginning of time. Gronk and the other cave women began to compile lists of rules on cave walls using code symbols

Hidden in the above cave drawing was one of the first rules, “Put the stone seat down on the stone toilet – or else!”

As history progressed, the rules on the cave walls (Which included “Never just throw your animal skin clothes on the dirt floor – put in it the stone hamper like everyone else!” and other rules) had to be removed and secretly transported in a cart with newly invented wheels by the cave women. The men were curious about the cart the women pulled with them, but the women told them it involved femine hygiene and the men never were curious about it again. 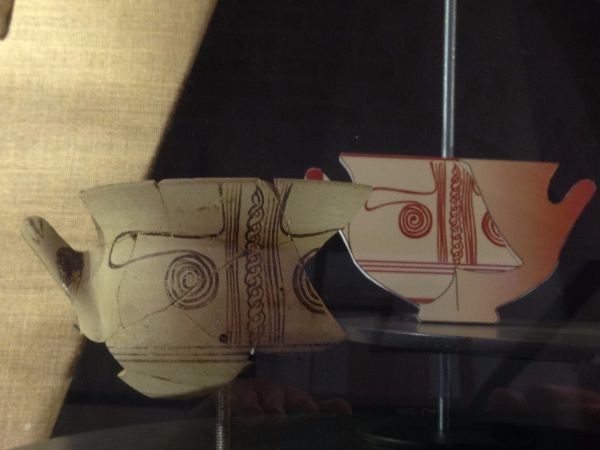 In certain parts of the world, rules (in code) were painted on pettery. This one says, “If women call to men when they are hunting – THEY BETTER CALL TO US BACK!”

The day Papyrus was invented and all the rules could be carried on paper was a huge celebration day for women. It was the same when coffee was invented.

The Book (That Shall Not Be Named) had difficulties along the way to not be discovered by men, lost or destroyed, but women are quite ingenious;

Betsy Ross kept the book under the flag as she designed our first national flag.

Paul Revere’s wife hid it in Paul Revere’s saddle bag as she cleaned and she had to steal another horse to retrieve the Book during her husband’s famous ride. 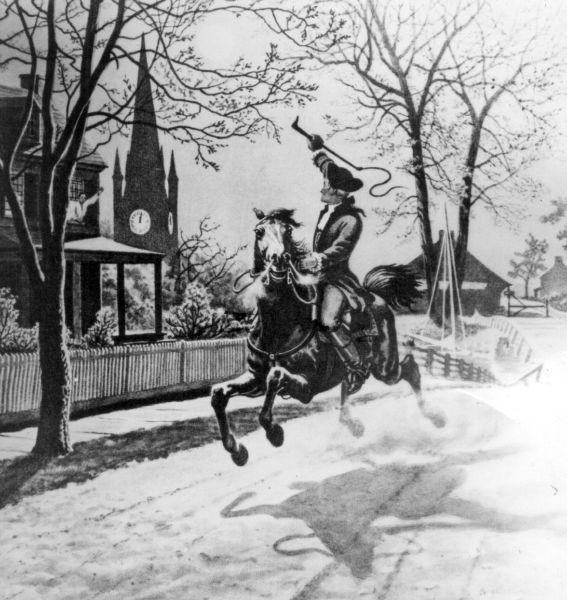 The are many other stories about the Book and it’s adventures, but we’ll leave that for another time. The rules in the Book has seeped into female society throughout history and now females use many different ways to pass on the rules;

Nurses in the maternity ward teach the importance of spotting a real diamond from a Cubic Zirconia without a Jeweler’s Loop,

Another big leap forward was The Oprah Winfrey Show 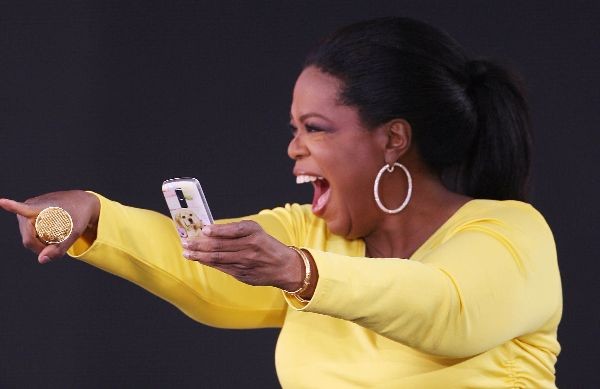 Ever wonder why Oprah has a Book of the Month Club? Now you know. 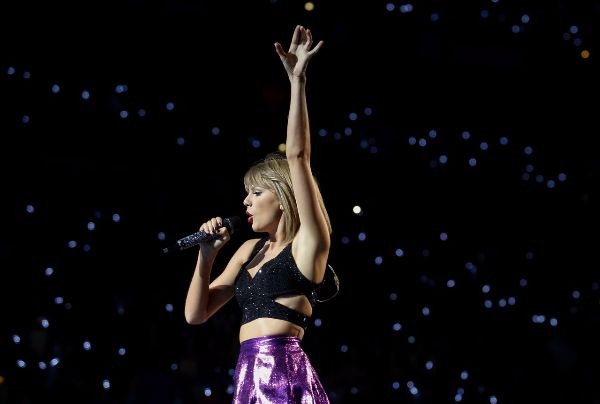 The Smartphone was the next logical step to quickly update ladies on new rules, new colors and new names for clothes (“Bracelet Lenngth Sleeve” wtf?).

Even movies have secret mentions of The Book. The Notebook, remember this scene? 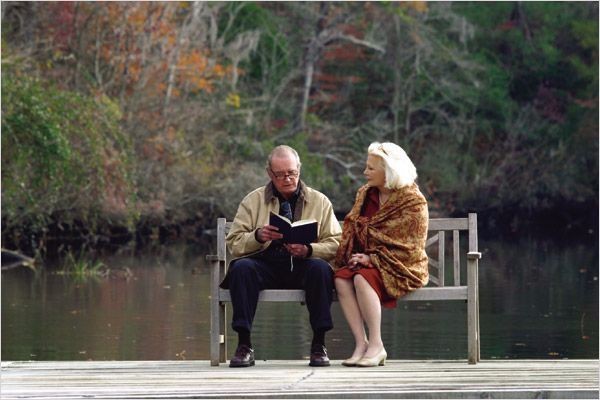 This has been hidden in plain sight the whole time. I have decoded a map that has the last known physical version of The Book. I know where it is. Once I’m done with my chicken wings I will steal the book, rewrite it all and we will be able to wear flip flops to any wedding wherever it is being held. I need your help. You have to go to the… Oh no, I’ve been spotted! Hooter’s waitresses are also Protector’s of The Book. I am in mortal danger. I hope you get this message. Flip Flops or Die!

Editor’s Note: That was the only message we received concerning The Book until today

Dear Men are Dumb, Flip Flops has disappeared, but I will carry on his quest. I have discovered something very important. It’s too dangerous to explain now, but I will when I can. Signed, Concert T-Shirt.

Note: This is written as faction – part fact, part fiction. Only I know which part is fact and which is fiction, so don’t worry if it’s about you or not (Family and Friends), just read and laugh.