Something strange is happening to me, I’m a cook. It is a wild story, but I want to tell you why a dumb guy started cooking at home. I’m not Wolfgang Puck or anything, but my wife actually likes what I cook.

But enough about that, let give you a bit of history about my cooking. Don’t worry, it’s not a long history.

Why a Dumb Guy Started Cooking at Home

As time went on, roles emerged that someone besides me was the cook and I was the eater of the food. I was a good eater. I should have entered the Olympics as an eater. #goldmedalyo

When I divorced my first wife, I continued my eating and had Pizza Hut on speed dial. Life was good as an eater – because Pizza Hut would always be open and they make bigger sized clothes.

My Second (and best) Marriage

I got married again (To the right woman this time) and she took over the cooking role and I slid into the ease of the eater role. My wife cooks so many great dishes; Chili, steaks, roasts, etc, etc. It was a good time, until –

I was quite a hefty fellow (350 lbs) and I found a new doctor to find out why I was so – hefty (Never thought it was my overeating, of course). It turned out that my blood sugar levels were borderline Type 2 Diabetes, and yes I needed to lose weight.

That was a wake-up call.

What is with all the pillows that Females have on their bed? Why are there so many???

I had lost weight before, but then I got lazy and eased back into my unrestrained “eat whatever I want” habits again. This time, though I remembered my friend Leo. 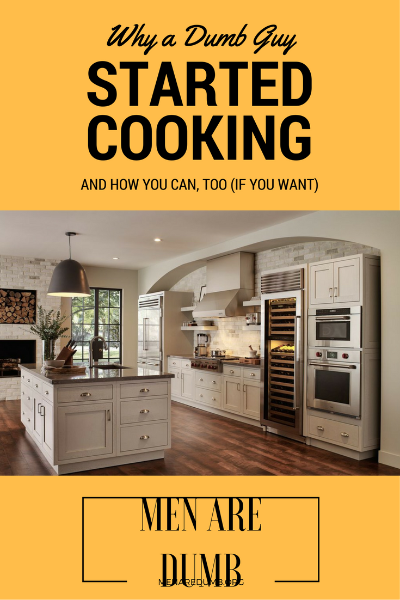 Leo was my very good friend. We both wanted to do some kind of comedy writing/acting project and be rich and famous. We even took a class producing a Community Access Cable show and almost went live with it, but life got in the way. As life went on I heard he had diabetes and he lost his leg and then he lost his sight. A few years back, Leo died. I still miss him. He is one of those people you would never forget and one of the things that he does for me (still) stands as a reminder to do my level best to stay away from diabetes. Sure, I was lax about my weight before, but not now. I was on a mission to get healthy.

I tried a number of diets on my quest to get my blood sugar levels in check, but it was tougher this time because I was older. I had some success, but not that I needed – then I finally found a diet that was working. I was finally on the road away from diabetes.

Have you seen this? How men comment on pictures of females on Facebook and what it REALLY means.

Nutritional Guides and the Startling Truth

A year before the revelation of my blood sugar levels, I started eating clean (non-GMO food, etc) and I thought I was actually doing well to get healthy, but even eating clean alone wasn’t enough I had to focus on calories and what was in the food. I had Edema (water accumulating around my calves and ankles) and as I looked at the nutritional guide for the places we were eating out (That I consider very healthy), the sodium content was through the roof! I had to take action.

I scoured the internet for tasty recipes that would fit into my diet now. We bought Boneless, Skinless Chicken Breasts from Costco and I would cook them in the oven. You read that right. My burnt offering dinners were a thing of the past. I worked and tweaked my steps and finally arrived at a perfect way to cook tender and juicy Chicken breasts. I felt really good about my new found hobby because I wanted complete control of what was in the food I was eating.

I didn’t trust restaurants to fix food that way I need to have it for my health, I needed to prepare it and cook it for me.

My wife and I are recovering impulse shoppers. We have so much stuff that we have bought on a whim but never have used (Shaved Ice Maker, I mean – really?), however, this time it was the best whim purchase ever.

“Honey, let’s buy a pressure cooker,” my wife said
“No, they’ll blow the house up,” I replied, playing my video game
“This is an electric pressure cooker. It’s not like the old school ones. This one has 10 Safety Mechanisms,” my wife assured me
“Ok, if the house blows up, it’s your fault,”
“Very funny. This 6 Quart Instant Pot IP-DUO60 has multiple uses; slow cooker, pressure cooker, rice cooker, yogurt maker -”
“Ok, let’s get it”

This is what we bought

What do we do with it? My wife joined a Facebook Instant Pot Community to get recipes and help for us newbies. I highly recommend this FB group for all Instant Pot owners.

We Finally Found The Magic

I wanted to try ribs and used this pork rib recipe for the Instant Pot. Note: I cut the 3 racks of ribs in half and made two pots (One for my wife and one for me (Tweaked to be more friendly to my diet)).

Those ribs were amazing. This was the food cooked in the Instant Pot I heard about.

I moved onto Chicken Thighs with the skin on. I tweaked a few recipes I read online and gave it a whirl in the Instant Pot.

I also tried a Chuck Roast, which is a roast my Grandma used to make in the oven. The Instant Pot version was superb. 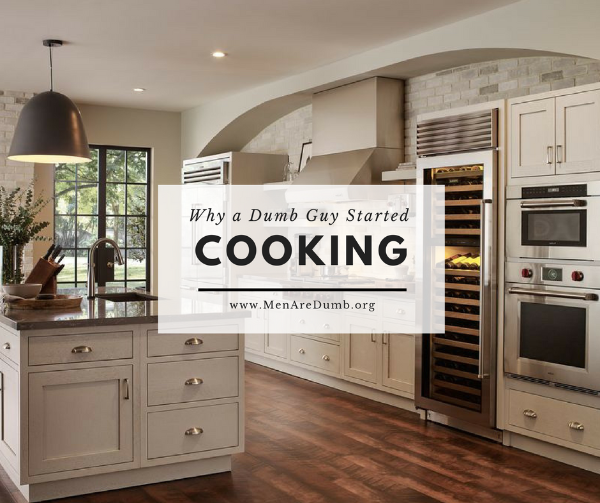 When I get nervous about something I do for the very first time, I stick exactly to the recipe. I have, but the think I know enjoy about cooking is treating it like art. I enjoy trying something new to see how it tastes. It makes cooking fun. I use some great flavors made by FlavorGod.com (Lots of choices for your health needs).

My Health Journey So Far

When I started my pre-Diabetes journey I weighed 350 lbs, and after months of focused eating and exercise – I now weight 278.5. It’s not easy, but it’s worth it. Coldstone Creamery and Pizza Hut still send reps to my house to see if I’m okay. 😉 I assure them that I’m fine and tell them this is for Leo. They don’t understand, but you do.

Why a Dumb Guy Started Cooking

Because he could and he should. Are you or do you know a dumb guy that has made the cooking leap?